Presentation at the BASEMENT User-Meeting 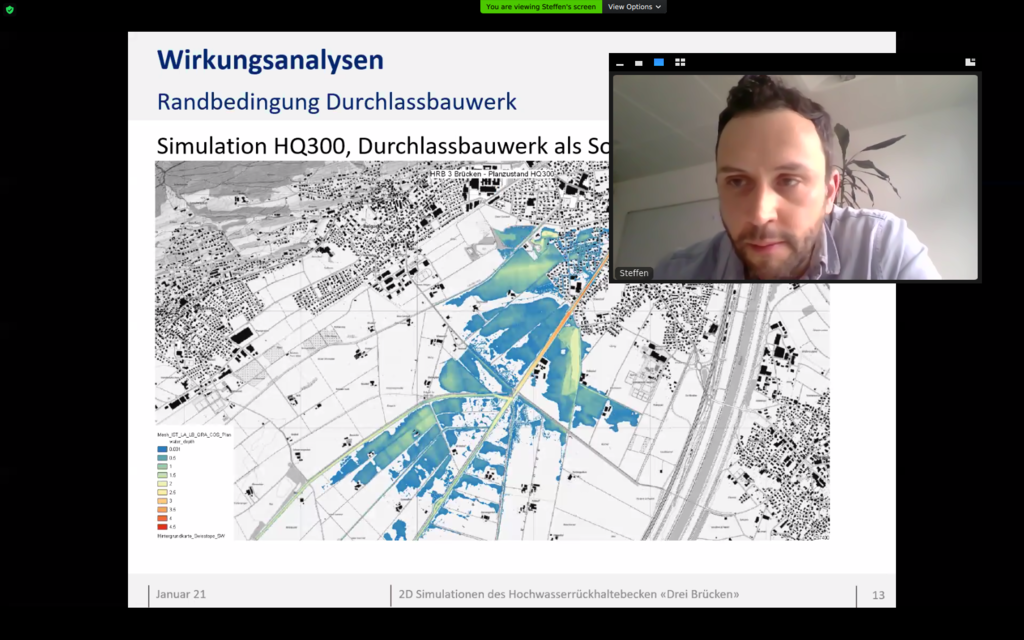 Presentation at the online BASEMENT User-Meeting.

This year's BASEMENT User-Meeting was held online on January 28. As in the past years, many exciting contributions were presented regarding hydraulic and morphological modelling. TK CONSULT AG presented the project of the flood retention basin «Drei Brücken» at the Rheintaler Binnenkanal river using 2D simulations (link to presentation).

Various flood events at the tributatries of the Rheintaler Binnenkanal occured over the past years, such as in 1999, 2013, and 2017. Due to severe flooding and significant damage to infrastructure, a flood protection project is beeing planned. A key component is the flood retention basin «Drei Brücken». Numerical 2D simulations were used to study the effect of different parameters, such as dam height, design discharge, and additional local flood protection measures.

The computational mesh was discretized with 3.5 M elements. The numerical simulations were performed with the software BASEMENT v3.0.2. The model calibration and a comprehensive sensitivity analysis of the main model and design parameters was performed based on the documentation of the flood event in the year 2013. Based on the calibrated model, the flood retention basin was built into the computational mesh. The most important component was the hydraulic control structure, where the discharge is limited to a certain value. The hydraulic control structure was modelled using both a stage-discharge relationship and a local water sink. Both approaches were compared and differences in the water surface elevation were discussed in the presentation. 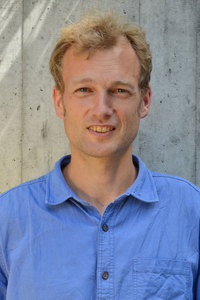