On behalf of the International Government Commission Alpenrhein (IRKA), TK CONSULT AG is maintaining and supervising the Alpenrhein groundwater model for 20 years now. 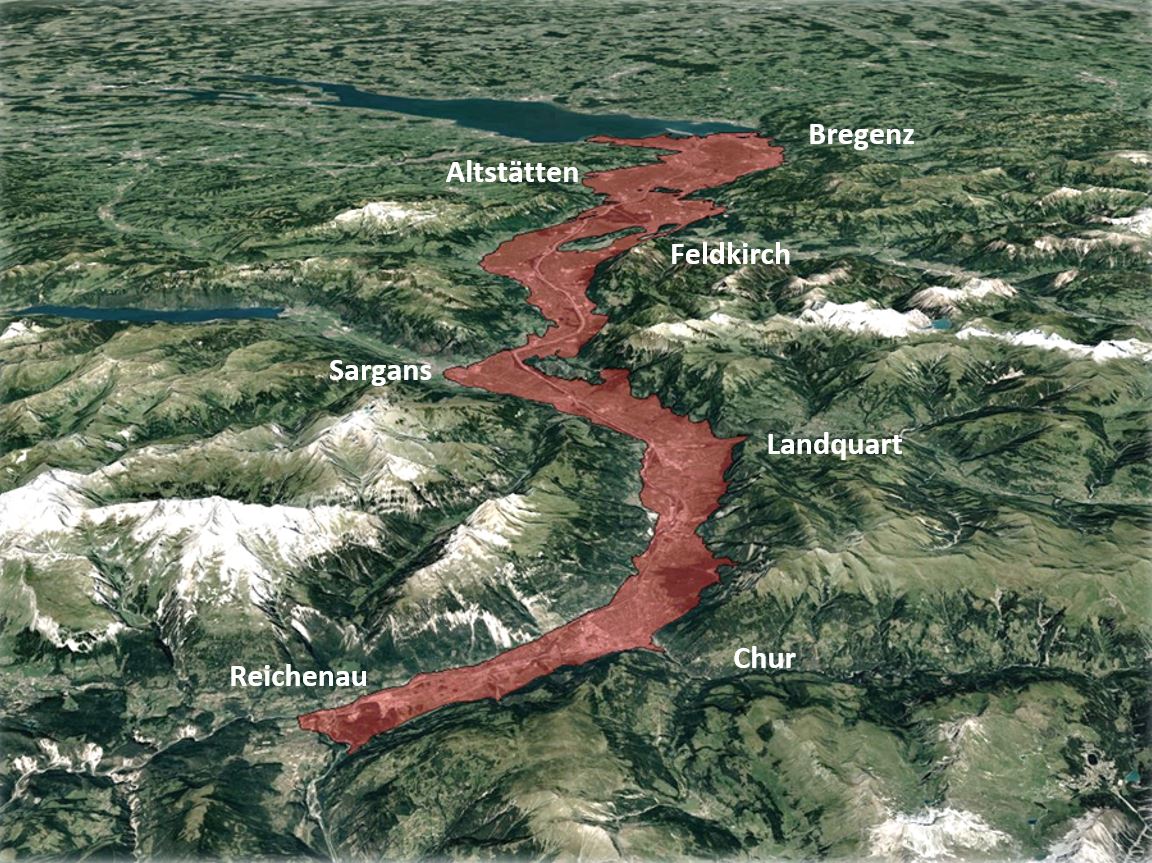 The International Government Commission Alpenrhein (IRKA) authorized the consortium Groundwater Regime Alpenrhein (Rudhardt + Gasser civil engineer, office for hydrogeology Dr. Peter Angehrn AG, TK CONSULT AG) to set-up and calibrate the groundwater model Alpenrhein. The model is based on the software SPRING and the project extended from 1997 to 2000. Since 2002 the model has been continuously refined, improved, expanded and recalibrated within the scope of multiple maintenance contracts of IRKA or its members. It has been employed by public and private clients to solve various problems. The model covers an area of 500 km² including 73 municipalities (10 situated in Liechtenstein, 25 in Vorarlberg, 14 in Grison and 24 in St.Gallen).

The model has been successfully applied in the foolowing projects:

In the following future potential applications of the model are listed:

A next update of the model is to come in 2018. Major focus is on the construction of a current floodwater map, which is of great importance for future building permits.