Morphodynamic 2D Modelling at the Confluence of the Wiese River 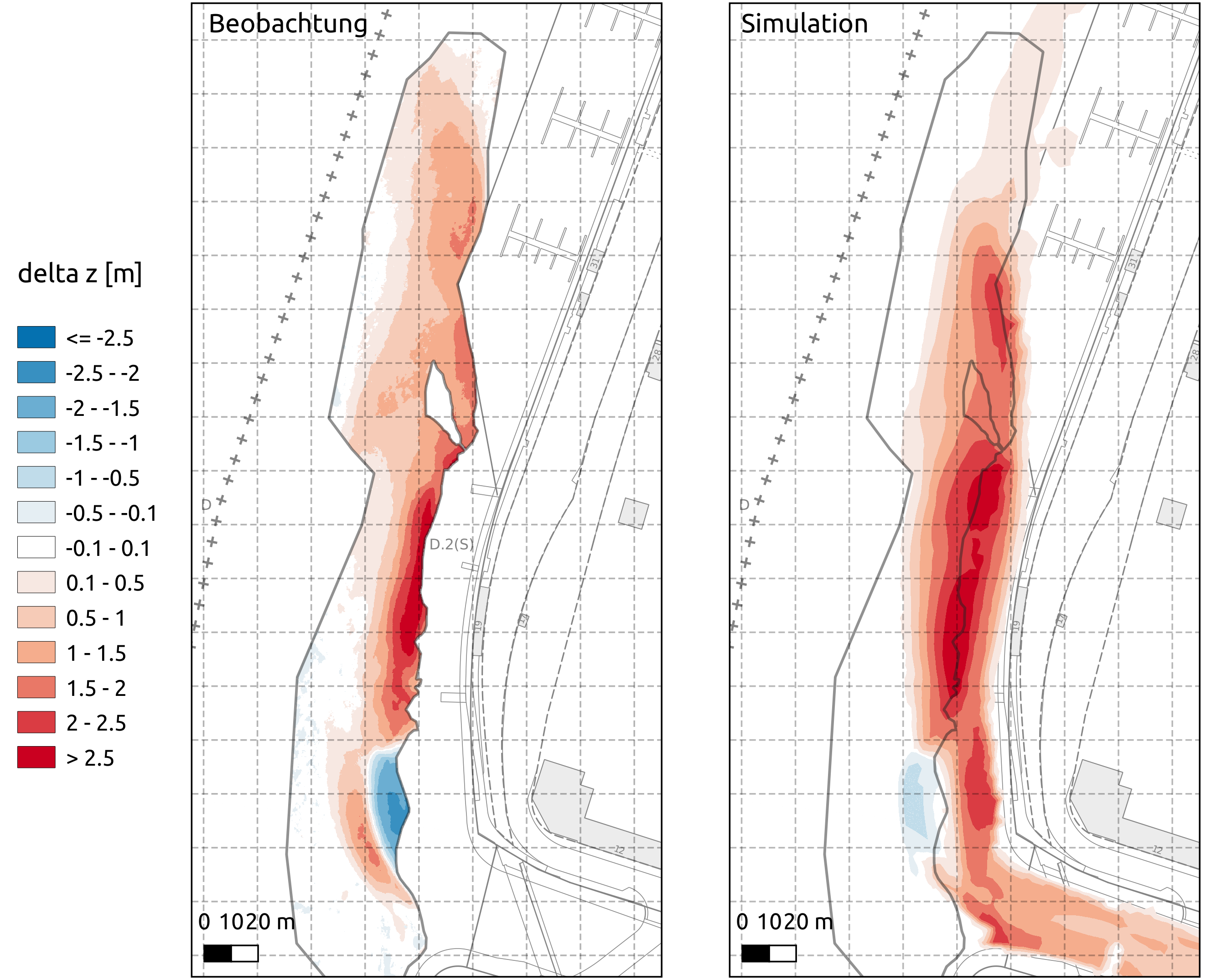 On behalf of the Canton of Basel-Stadt, TK CONSULT AG carried out an event analysis based on available echo sounding measurements and performed morphodynamic 2D simulations. This study showed that more than 7'500 m³ of bedload materials were deposited in the area of the confluence of the Wiese River. It also allowed to gain further insights into the temporal evolution of the bed elevation changes. During the first flood, materials were deposited at the confluence while, in the subsequent flood events this deposition - together with the newly added bed materials - were successively transported further downstream and towards the harbour.

Based on this, important questions could be answered in future revitalization projects and constructional adaptations at the harbour in the Rhine River.