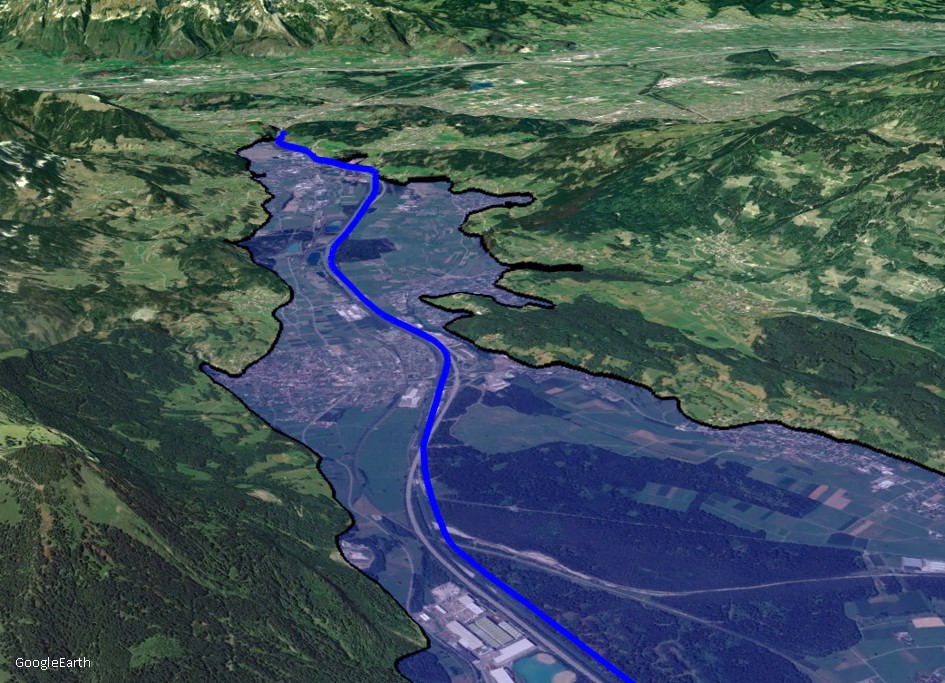 In 1999 and 2005, large flood damages were reported in several cities located in the lower part of the Ill river. In cooperation with three infrastructure services and power plant operators, 12 affected municipalities founded the water association ILL-WALGAU in 2010, which took different actions for flood protection over the last years. Beside the existing Bludesch-Gais flood protection system including four retention basins, the construction of two additional retention basins in Nenzing and Schlins are currently being planned. An additional Ill widening over a length of approximately 3 km (Frastanz, Nenzing, Satteins) should be realized to increase the drainage capacity.

The ILL-WALGAU water association is aware that these flood protection actions could potentially increase the maximum groundwater levels during flood events. Therefore, TK CONSULT AG was commissioned to calculate the effects of the river widening on the aquifer with the existing 3D Walgau groundwater model. The main focus was drawn when the maximum groundwater level increases in the surrounding area of the retention basin due to the dam construction. In this context, the infiltration rates have to be quantified. The simulation outcomes enable the production engineers to develop sophisticated drainage actions which were integrated afterwards into the groundwater model to validate their usefulness.