From punch cards to a High-Performance-Cluster

25 year of TK CONSULT AG
Retroperspective from the two founders 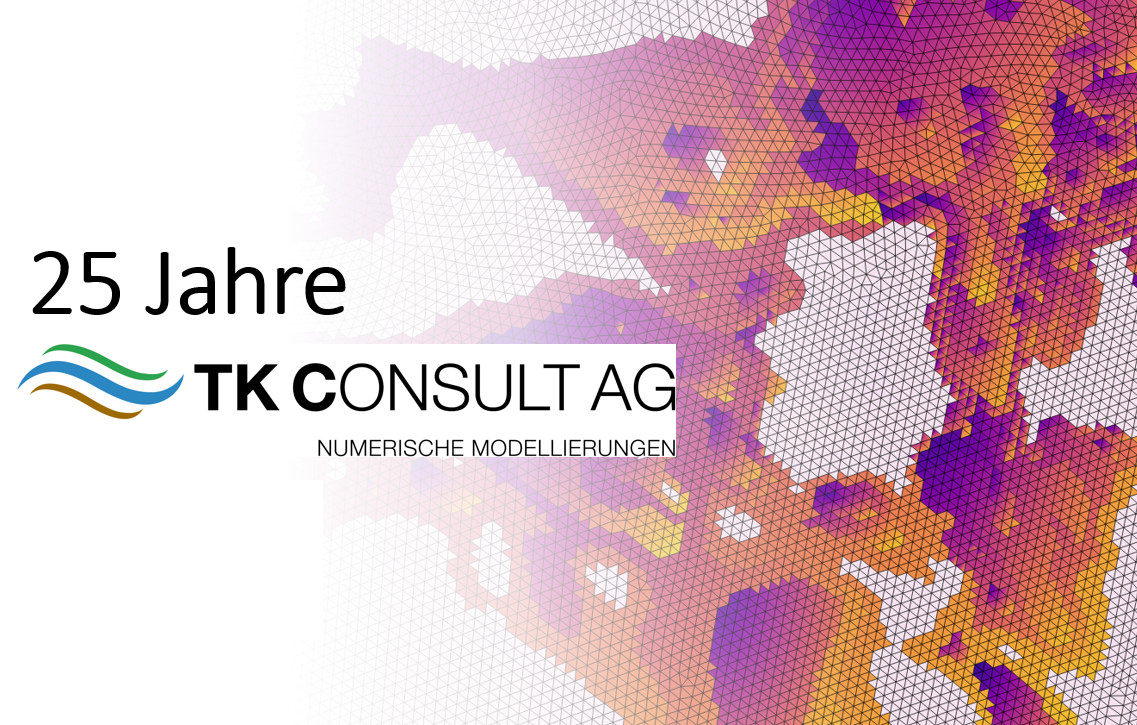 Time flies. This is what we think when we look back on the last 25 years since TK CONSULT AG was founded on July 27, 1995. After decades of research and consulting at the Laboratory of Hydraulics, Hydrology and Glaciology (VAW) at ETH Zurich, we took the step into self-employment, which represented a certain risk as "safe" employees of ETHZ.

As called the "forefather of Swiss groundwater modeling" (Trösch 1974; these days the models were still on punch cards) and with the "inverse modeling methodology" (Kuhlmann 1992) just learned and applied, we started our business to reinvent numerical modeling practice in Switzerland.

The initial thought was to start-up as strategic business unit for the geophysicists at Proseis AG, but this idea was soon discarded. Instead, with collaborations in mind, we moved as sub-contractors into their offices in Oerlikon.

Ambitious goals require scientific know-how but also sufficient computing power. At the beginning, two thirds of the financial deposits went into the first Silicon Graphics workstations – at that time the non-plus-ultra. Further investments (e.g. for additional HD data storage), also hit the office with around CHF 0.50 per MB (mind you MB!). Equipped in such a way, it left a certain impression on potential customers and soon allowed us to work on important Swiss groundwater projects, such as the models "Alpenrhein" (SG, Vorarlberg, Liechtenstein), "Dünnerngäu" (SO), "Thurauen" (ZH, TG) or the first regional models of Nagra (Wellenberg, Zürcher Weinland).

But the modelling was not restricted to groundwater, also surface-water simulations became popular. Although some persuasion was necessary, for example, to invalidate the customer's objection that "flood maps could be colored by children along iso-elevation-lines". The flood at Pentecost in 1999 then "did the rest". In the Thurauen project, for example, it was possible for the first time to develop a large-scale 2D discharge model – nowadays practically a standard in every river construction project. A highlight in this regard was the ENSI dam break study with the simulation of all safety-relevant dam breaks in the catchment area of the Aare.

An additional main pillar was the software development right from the start. The method of inverse modeling was particularly convincing and could be implemented in commercial software packages, such as in the FLUX / FLORIS discharge model or in the SPRING groundwater program. Especially in the latter project, a long-term partnership – or rather friendship – grew out of the cooperation with colleagues from delta-h, the developers of SPRING, which lead to joint «excursions» to northern Germany or Switzerland. Travels, either to the Elbe Sandstone, Lüneburg, Berlin, the Morteratsch Glacier or the Grimsel Hospice, will be remembered forever.

The originally planned professional cooperation with Proseis was initially limited due to the lack of projects. Nevertheless, the collaboration on the international earthquake study PEGASOS was a first highlight later. However, further joint office moves testify to close social ties, which culminated with the move into the "sophisticated" Cocoon building in Zurich's Seefeld. Proseis' activity, primarily in the petroleum business, also brought important skills development for TK in the form of interesting simulations in the field of multi-phase reservoir modeling (oil, gas, water).

In retrospect, the step into the private sector was certainly worth it – success is right. TK CONSULT has evolved into a renowned engineering company in the field of numerical simulations in the last 25 years. In addition to expertise in groundwater, rivers and lakes, as well as inverse modeling, additional know-how and other specialist areas were added over time.

As part of the succession plan, HOLINGER AG acquired the entire share capital of TK CONSULT AG in 2016. Since then, TK CONSULT has acted as an independent subsidiary, while developing synergies.

As we write these lines, a high-performance cluster is being installed in the basement of the TK offices in order to be able to calculate even more detailed and finely resolved models and sensitivity analyzes in an acceptable time.

We are happy and excited to see where the further journey will go.

The TK team is very grateful that Jürg and Uli are still around with advice and action; their profound expert knowledge is invaluable. We appreciate also a lot for the creative and motivating work environment they created.